Elbert Edwards from the community of Marigot who resides in Woodford Hill has appeared before a Roseau Magistrate charged with the murder of 86-year-old Bernadette Nicholas who resided in the same community.

Edwards is represented by attorney at law Tiyani Behanzin. He was not required to enter a plea since the charge of murder is a capital offense and will be heard by a judge and jury.

His lawyer told the court that his client has a “history of mental health dating back to 2004-2014 while he was in Canada.”

According to him, Edwards was suffering from a type of withdrawal symptoms and he was making an application that he is sent to the Acute Psychiatric Unit (APU) to get medical attention under the Mental Health Act.

However, Police Prosecutor Inspector Davidson Cadette challenged that application stating that “the prosecution had reservations because that application was being made “with no documents.”

But Behanzin took issue with his reservations explaining that as an officer of the court he was obligated to be “frank and open” with the court about his client’s conditions. Behanzin also asked that the charge of murder not be read to his client.

After listening to both parties, presiding Magistrate Michael Laduat stated that before making any order, the court must be satisfied that the APU does have the capacity to house the accused.

Despite, the many arguments by defense counsel, Magistrate Laduat ruled that the court was not going to make any decision based on law but the court has a “discretion and will use it accordingly.”

He then asked that the charge be read to the accused, adjourned that matter to Monday, January 18, 2021, when he will hear from Superintendent of Prisons Kenrick Jean Jacques and a Consultant psychiatrist from the APU as to housing the housing conditions.

He also said that based on the new Bail Act number 20 of 2020 under section 7 (a) murder into section 7 (2) (e) that the court was not satisfied that it was in the public’s interest to grant the defendant bail. 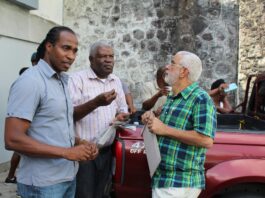 DFP responds to resignation of its party leader Kent Vital 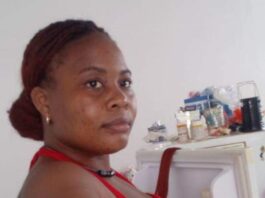 Police seeking help from the public in solving the country’s second... 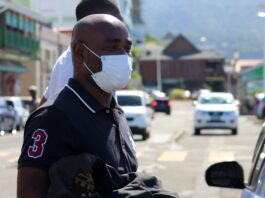 Roger George a free man after 23 years in jail

25 January 2021
ABOUT US
About us Accurate, trustworthy and reliable news for the people of the Commonwealth of Dominica at home and abroad. The latest news, politics, sports, commentary and exclusives.
Contact us: editor@natureisle.news
FOLLOW US